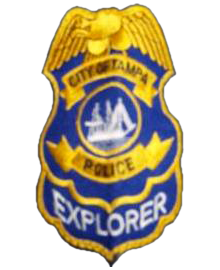 TAMPA - A Tampa police officer and a teenage member of the police Explorer program were attacked while investigating a possible burglary Monday night. Both were hit over the head with a police baton during a struggle outside a vacant house at 312 Floribraska Ave., according to police reports. Fernando Lopez, who lives next door to the vacant house, said he was cooking a holiday meal with his mother when he saw a young man and woman bend back some bars on the house and crawl in through a window. "I knocked on the window and said, 'Get out of there; I'm going to call the police,'" Lopez said Tuesday. .....
You may read the whole article at
http://www2.tbo.com/content/2007/dec/26/me-man-jailed-after-officer-hit-bitten/?news-breaking
What are your thoughts on the Police Explorer Program?
Posted by Anonymous on 5:12 PM 158 comments: On March 20, a man named Keith Clay died in Texas. His death was largely unremarkable except for one thing: he was the 300th person executed in Texas since the U.S. Supreme Court reauthorized capital punishment in 1976. One need not ignore the savagery of his crimes--prosecutors said Clay stood by while a friend murdered a father and his two kids on Christmas Eve 1993, 11 days before Clay himself butchered a store clerk--to pause at his execution. Three hundred is an impressive milestone, not only because it exceeds the number of executions in the next five top death-penalty states combined, but also because it was reached so quickly. It took nearly two decades for Texas to consummate its first 100 death sentences after 1976--but only five more years to pass 200 and just three after that to hit 300. (The total has since climbed to 306.)
.....

What do you think of the death penalty?
Posted by countrygirl on 10:45 PM 171 comments:

A light-hearted White House conversation with representatives of Texas newspapers may have opened a new controversy for President George W. Bush. The President laughed when Knight-Ridder�s Ron Hutcheson asked for Mr. Bush�s "personal views" about the theory of "intelligent design", which religious activists advocate should be taught in U.S. schools as an alternative to theories of evolution. After joking that the reporter was "doing a fine job of dragging me back to the past," to his days as governor of Texas, Bush said: "Then, I said that, first of all, that decision should be made to local school districts, but I felt like both sides ought to be properly taught...�
�
....
You may read the whole article at
http://www.time.com/time/printout/0,8816,1089733,00.html

Do you think Intelligent Design should be taught in our schools?